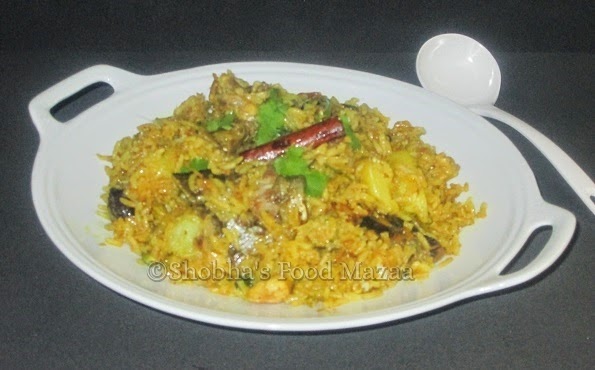 This is a very delicious Bengali preparation of Muri Ghonto, (meaning fish head ) cooked with potatoes, rice and spices. I have adapted this from "Bong Mom's CookBook " . The original recipe has very little rice but I have used a little more quantity to make it like a pulao. In Bengal a special variety of rice called  " Gobindo Bhog " is used and the  dish is usually made with Rohu or Rui Fish.  But since those are not available in Brazil I have used Pintado fish and normal rice  The head of Pintado fish is large, fleshy and fatty and was perfect for this preparation. It gave a kind of stickiness to the pulao and it was delectable. 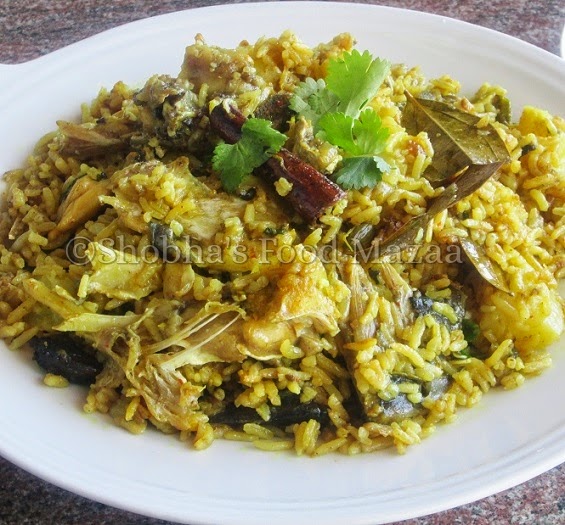 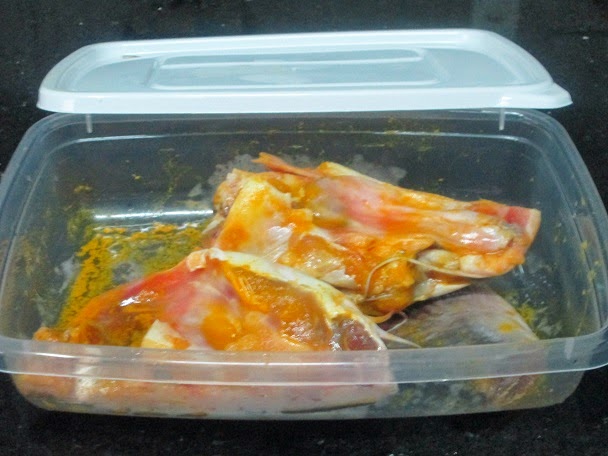 Wash the fish head and marinate it with salt and turmeric powder for one hour. 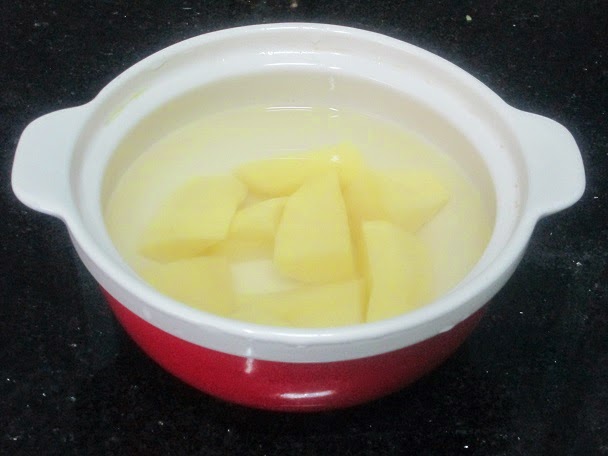 Peel the potato and cut into cubes. Keep them in salted water until you fry them.. 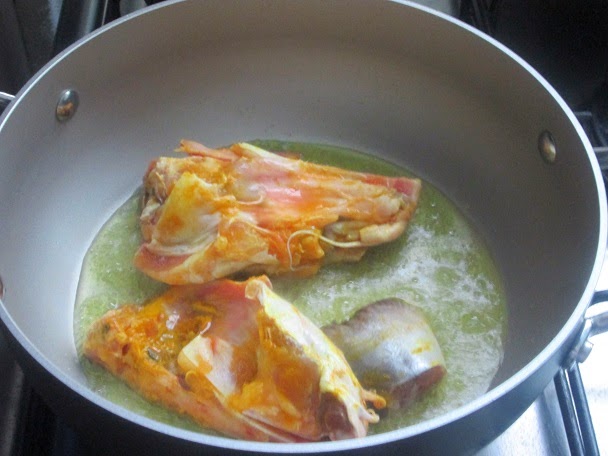 Heat oil in a flat and thick bottomed pan. Fry the fish head turning sides until it is done. 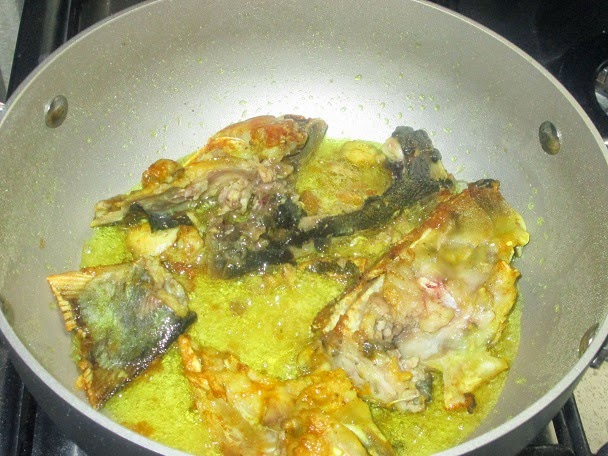 Try to break it into smaller pieces.during this process. 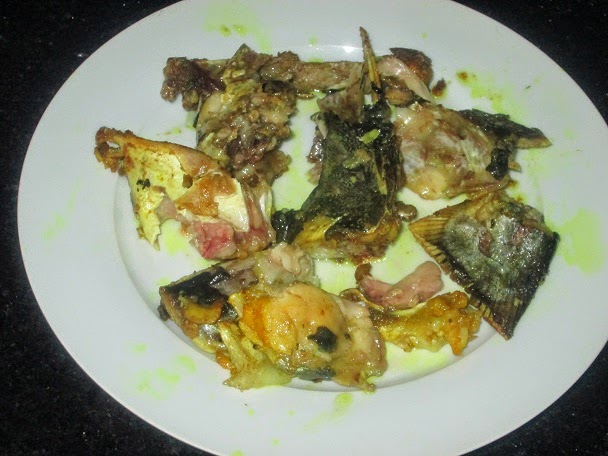 Remove it and set aside 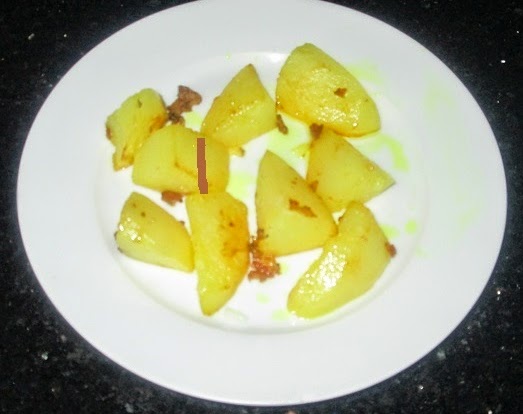 In the same oil fry the potato cubes until almost done.
Remove them and set aside 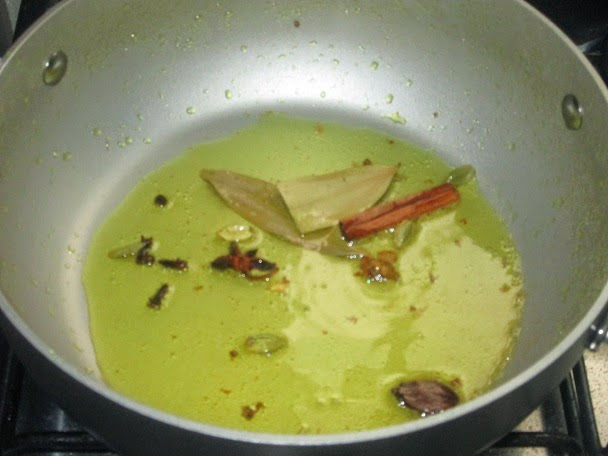 Reduce the flame and add the whole spices and let them fry until you get a nice aroma.. 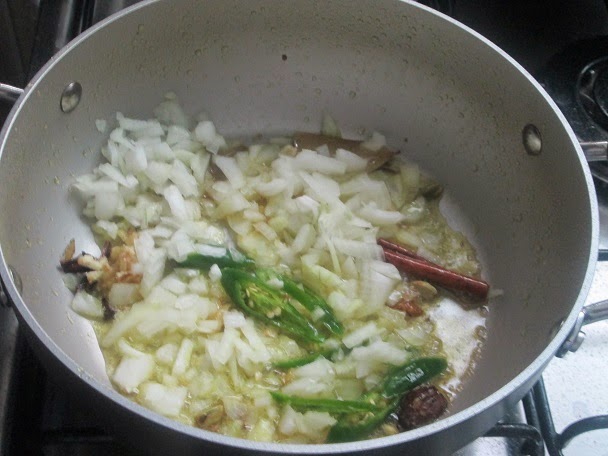 Now add the grated ginger, green chillies and onion to the pan and saute until it is light brown in colour.. 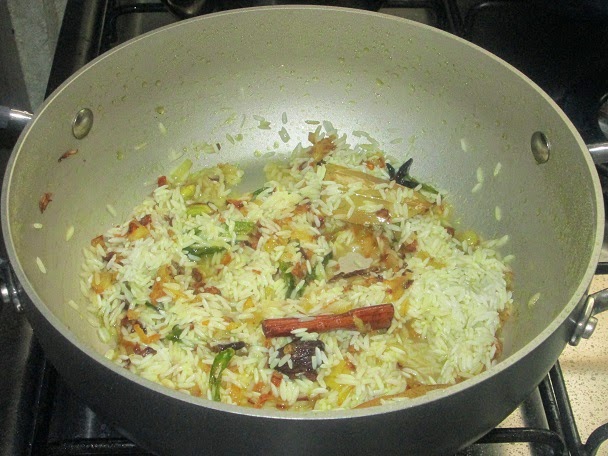 Now tip in the washed and soaked rice and the spice powders. Add the salt carefully as the fish head and potatoes already have salt. Saute for a minute. 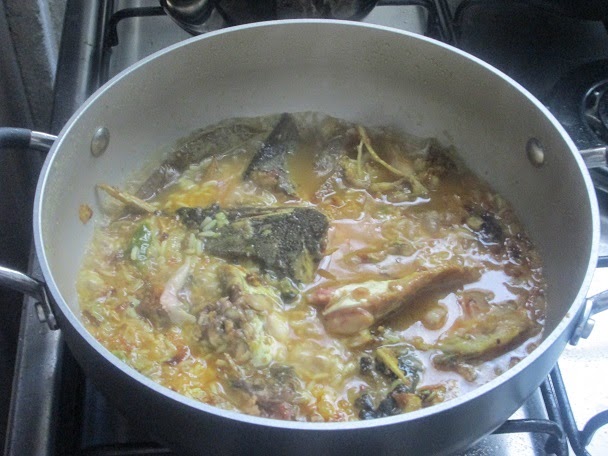 Add 2 cups of water ( a little more if you want a softer consistency ) and bring to a boil. Reduce the flame and when rice is half done add the fish pieces. 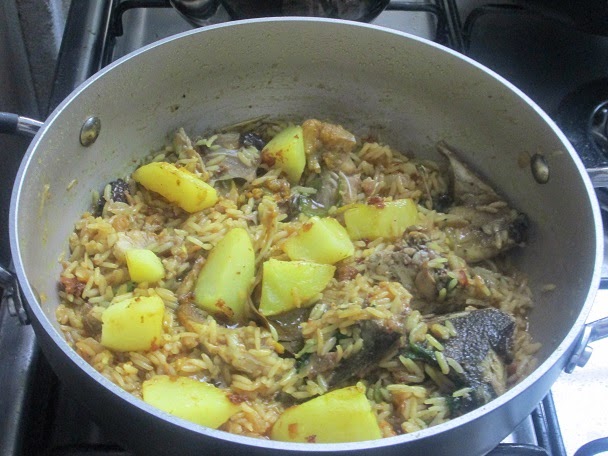 Tip in the potatoes and cook on low flame until the rice is done.
Spoon the ghee at this stage. Garnish with coriander leaves and serve hot. 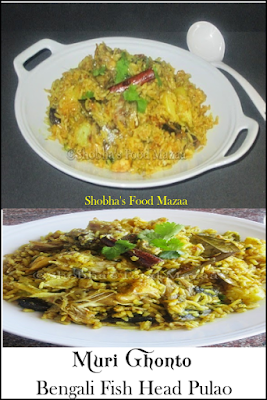 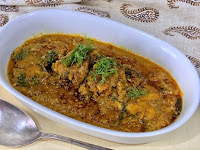