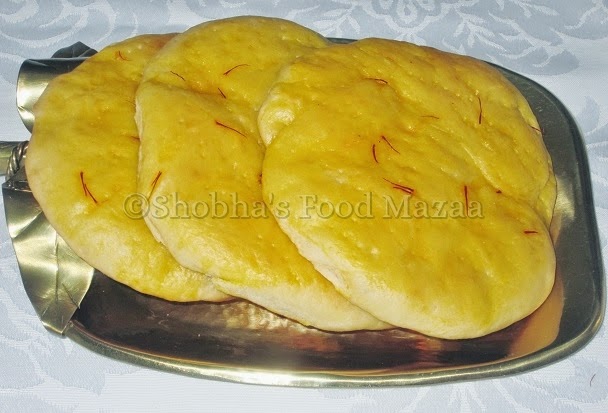 Sheermal or Shirmal is a saffron-flavored slightly sweet traditional leavened flat bread that is found in various countries on the Asian sub-continent including Iran, Bangladesh, Pakistan and India. It is a naan-like milk bread, apparently of Persian origins, and it is suggested that the name comes from the Persian word for milk which is “sheer”. In India, this “milk” bread is predominantly found in Muslim neighbourhoods (another reason to suppose it came to India with the Mughals) of Kashmir, Lucknow and Hyderabad.
You will find that some Sheermal decorated with a lovely pricked rustic pattern on its surface, Lucknowi Sheermal garnished with raisins, others like to use slivered almonds, poppy seeds or sesame seeds to top their Sheermal. This bread is usually eaten as it is with tea for breakfast, or served slightly warm as part of a meal with a mutton curry called Nalli Nihari or spicy kebabs. It can also be served with Khurma/ Qorma, vegetable curries, etc. 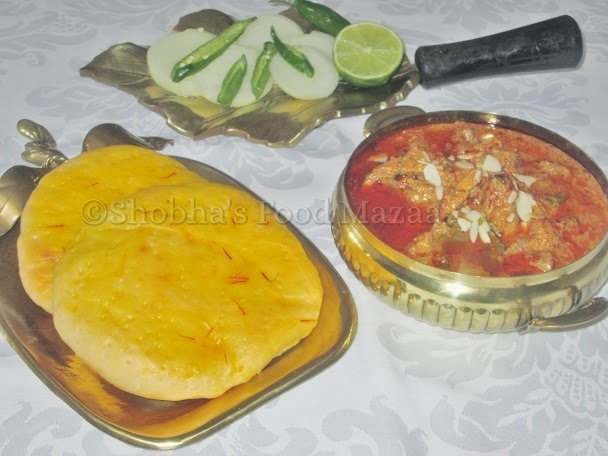 Method:
1. Take lukewarm water in a bowl. Add sugar and sprinkle dry yeast. Set aside in a warm place for 5 minutes or until frothy.
2. Take the flour in a big bowl. Add beaten egg and yeast mixture. Mix it You can use a food processor if you have it.
3. Add the ghee in two lots and mix it until it resembles crumbs.
4. Now knead it adding milk to make a soft and slightly sticky dough. Add the rose water or kewra water towards the end.
5. Transfer the dough into an oiled dish and cover it. Leave it in a warm place to rise until double.
6. Remove the dough and knead it again lightly and shape it into a ball. Coat it with ghee and cover it with a damp cloth to rest for 15 minutes.
7. Now Divide it into 4-5 equal portions and press it into a flat bread using your fingers. This is how it is made traditionally but if you want to use a rolling pin go ahead and do it. It should be about 4 inches in diameter and 1/8 th inch thick.
8. Place them in a greased baking tray. Using a fork prick the surface all over.
9. Brush them with saffron milk.
10. Bake them in a pre-heated oven at 180 C ( 350 F ) for about 10-15 minutes until they turn golden brown, Do not over bake them.Brush them with melted ghee. 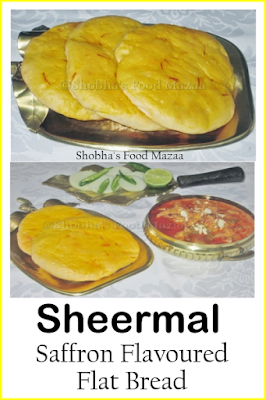 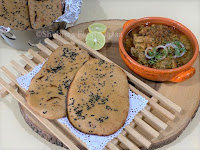 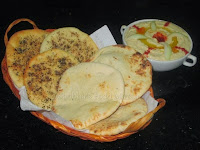