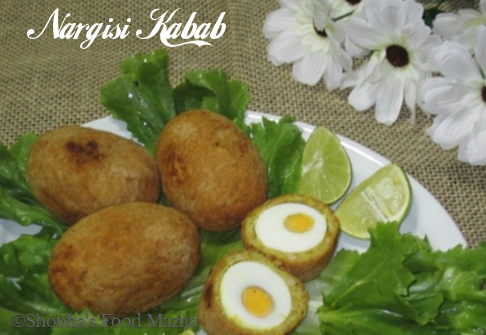 Nargisi Kabab is nothing but a hard boiled egg coated with mince meat,  'Nargisi' is derived from Nargis( Narcissus) a winter flower grown in India. 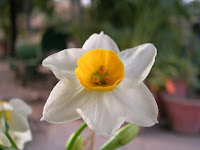 The flower has yellow center (the color of cooked egg-yolk), surround by white petals resembling cooked egg-white. Nargisi Kofta, when cut in half, the egg-yolk and egg white look like the flower Nargis. This is a Desi version of Scotch eggs.
In my recipe I am using Chicken Mince. 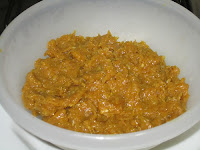 1. Mix the chicken mince, garlic paste, boiled and mashed chana dal and all the spice powders and salt. Also beat one egg and add it to the mix.(If the mince is not ground finely then use a food processor) Keep the mix in the refrigerator for 30 minutes. It becomes a bit stiff and easy to bind. 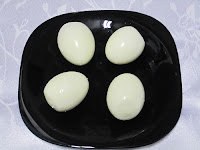 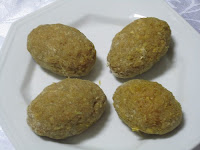 3. Divide the mince into four parts. Coat each egg with the mince mixture covering it well. Roll them in dry besan or bread crumbs 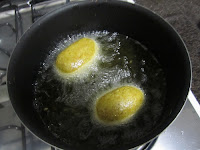 4. Deep fry first on high flame and then reduce it. Since the mince is uncooked, it takes about 5-6 minutes. Fry to a golden brown colour. 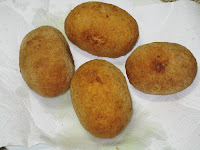 5. Cut them into half and serve sauce/chutney
These could also be served as a curry with gravy.
See how to make the onion gravy paste - Here
Note: I made a simple onion gravy and added all the spice powders and salt.
Cut the Nargisi kababs into halves and pour the gravy over them.
Garnish with chopped coriander leaves and serve with rotis/naans/parathas. 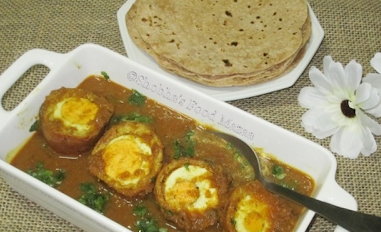 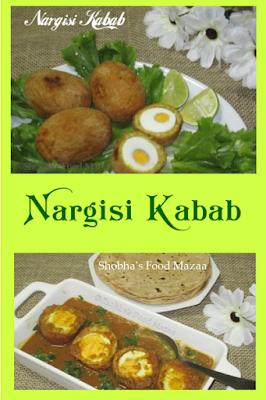 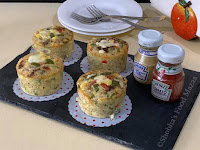 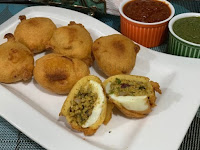