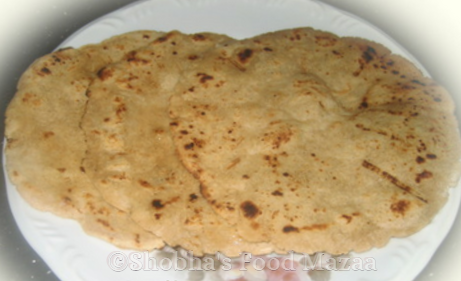 Jowar ki Roti or Bhakri is an Indian flat bread made with Sorghum flour. This grain has incredible health benefits.  One roti itself is quite filling and keeps you going for the day. This is the reason why it is mostly consumed by the people in the villages who do a lot of physical work. Unlike the wheat flour this one has to be handled very carefully.
Knead it with warm water just before making the rotis. Traditionally they were made by hand patting them which is very tricky. You can roll them between two plastic sheets to make your task easy.

Method:
1. Mix both the attas and add salt if desired. 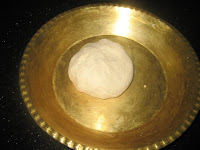 2. Knead the dough with luke warm water.Set aside for at least half an hour.
3. Roll into rotis...before rolling check the consistency of the dough and sprinkle a little water and knead again if required.....rolling this roti is a bit difficult. You can also roll in between the plastic sheets. 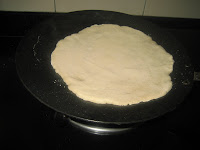 4. Roast it on a griddle until half done and finish it off directly on the gas using tongs. This gives a rustic look and taste. 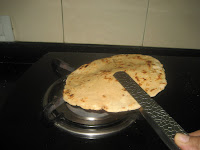 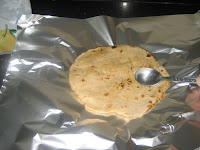 5. Smear ghee on top and serve hot. Here I have served it with MIRCHI KA SALAN. 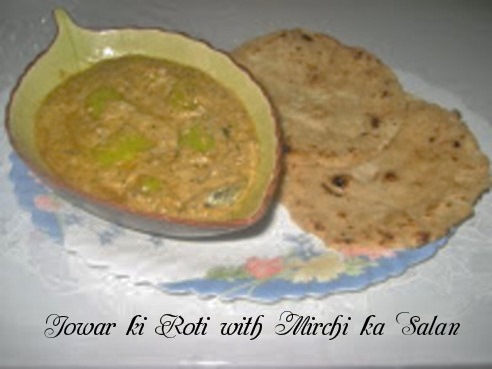