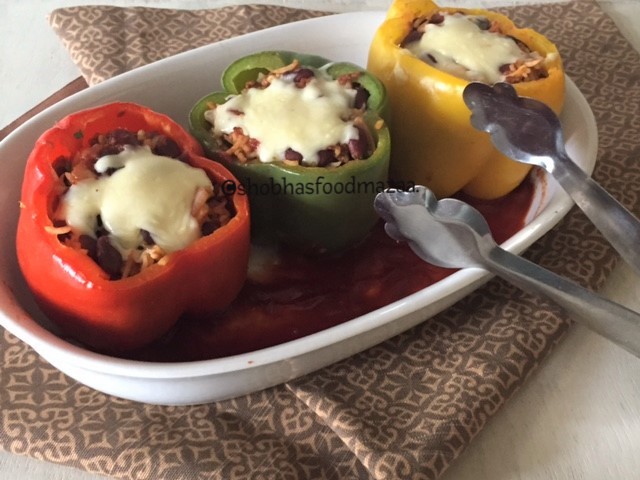 I had been wanting to make this recipe since a long time. So glad this month in our group, Shhhh Cooking Secretly the theme is " Stuffed " and I got a chance to try out this dish.  I am paired with Veena Krishna Kumar who blogs at Veena's Veg Nation  Do visit her space and check out some delicious recipes.
Veena gave me my 2 secret ingredients - Bell Peppers (Capsicums and Rajma) Usually the stuffed bell peppers are made with minced meat stuffing along with beans, rice etc. Since this is a vegetarian group I have used soya granules keema. For flavouring you can use any fresh herbs like coriander, parsley or basil. This is a complete meal by itself and so delicious. Make and enjoy the dish for lunch or dinner. 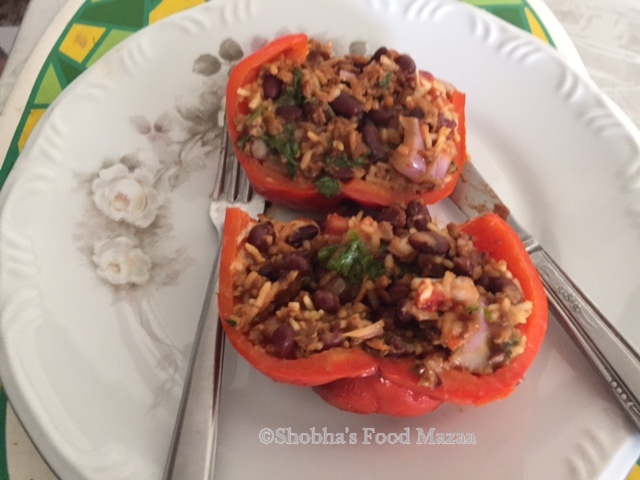 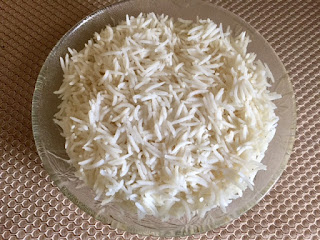 Rice:
Boil the rice with salt until three-fourth done. Drain it and set aside. (It gets cooked to perfection while baking the peppers) 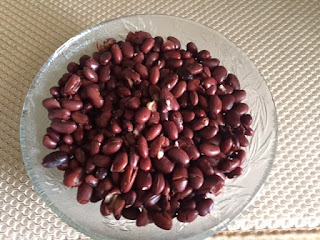 Rajma / Kidney Beans:
Soak the kidney beans for 6-7 hours or overnight. Boil it in a pan or pressure cook it with little salt until done. Avoid making it mushy. Drain and set aside. 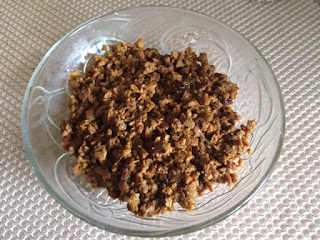 Soya Mince:
You need - Oil, salt, spices like coriander powder, cumin powder and 1/2 cup sliced onions to cook the soya granules.
Soak the soya mince granules for 1 hour. Heat 2 tbsps of oil in a pan and add the sliced onions. Saute to a golden brown colour. Add the salt, spice powders and 1/4 cup water. Simmer until the water is dried up. 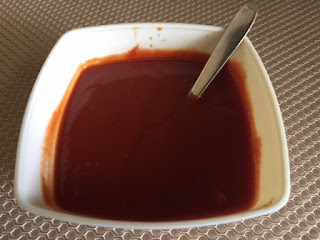 Sauce:
Mix together all the sauces mentioned in the list. Add a little salt for flavouring. 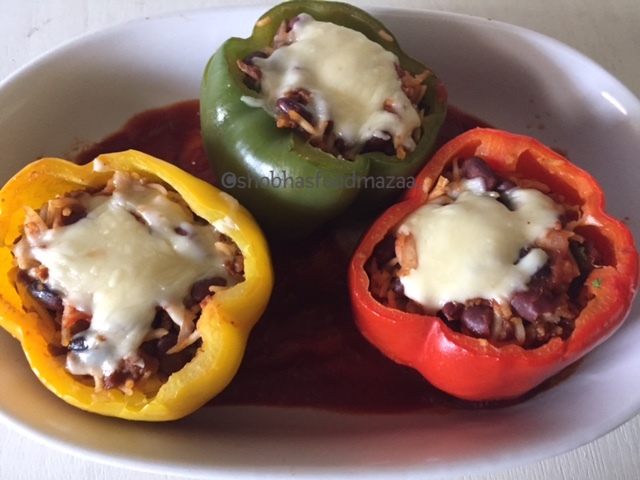 To Make the Stuffed Bell Peppers: 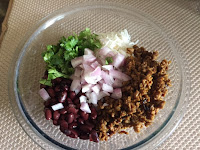 In a large bowl, mix together the cooked rice, rajma, soya mince, chopped onion and coriander leaves or any fresh herbs. Stir in a small portion of the prepared sauce to it. Keep the rest of it for later use while baking. 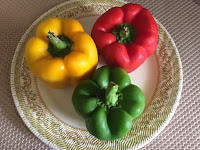 Try to select the same size peppers. Wash them well. 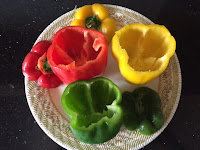 Cut out a thin layer at the top and remove the seeds and membranes carefully. Rinse them from inside. 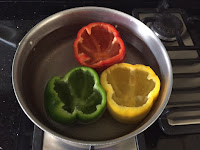 In a large pan boil water and cook the peppers for 1 minute. The water should cover them

Remove them in a plate and spoon the mixture into them. 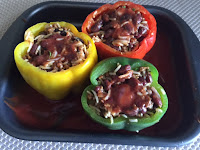 Take a baking dish and pour the remaining sauce into it. Place the stuffed peppers on the sauce. 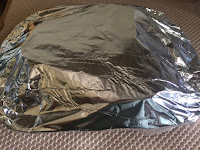 Cover the dish with a foil and bake in a pre-heated oven for 10 to 12 minutes at 250 degrees C. Remove the foil and further bake for 5 more minutes. 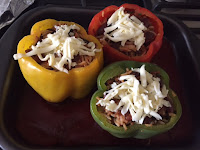 Finally top them with a little grated cheese and place them in the oven for a minute or until the cheese melts. 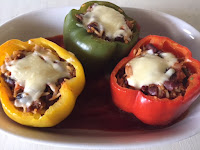 Serve hot immediately from the oven.


Serves 3
Tip: Select the bell peppers of the same size. If they don't stand straight you can cut a tiny portion at the bottom taking care not to make a hole. 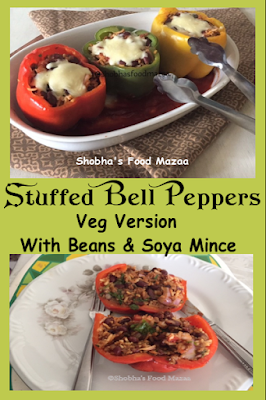 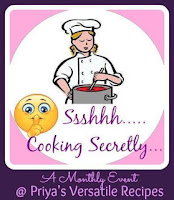 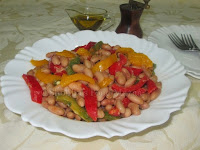 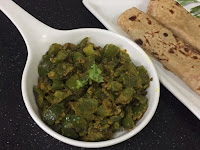 Besani Shimla Mirch
Posted by Shobha at 10:35 AM