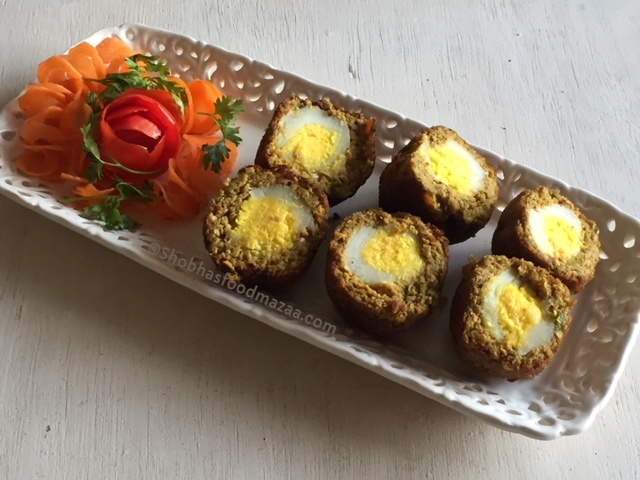 This is an interesting recipe that I tried out recently for an event. The theme was potato. I chose small, oval egg shaped potatoes and used soya granule masala for the covering. Egg yolk was made with mashed paneer and potato to which I added organic yellow food colour. The snack really looked very nice. It is a lovely party snack for vegetarians. 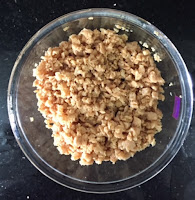 Soak the soya granules at least for one hour. 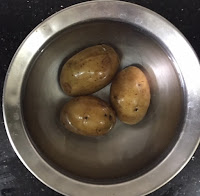 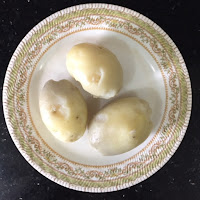 Peel them. Leave them to cool. 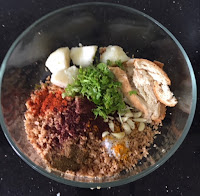 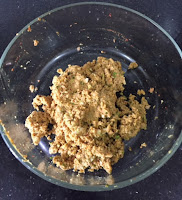 Add salt and the spice powders. Knead well and set aside. 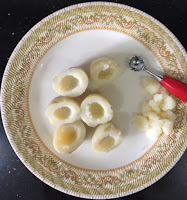 Now cut the potato into two halves. Scoop out a small portion of each half in the center with a scooper. 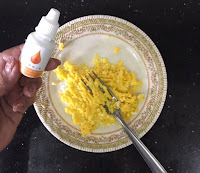 Take the scooped out potato and the grated paneer. Add salt and a little yellow food colour to make a yolk. 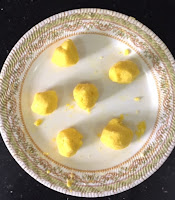 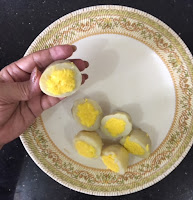 Take the potato halves and place one ball in the cavity. Place another half over it placing them evenly on top of each other. 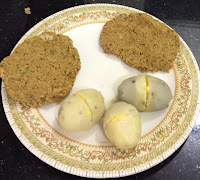 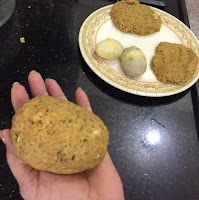 Flatten them and place a stuffed potato. Cover it carefully and evenly. 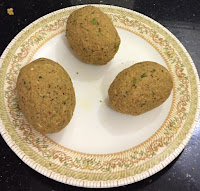 Repeat with all the potatoes. 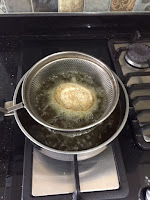 Heat oil in a pan. Fry the veg Nargisi kofta carefully one at a time until done. 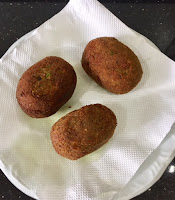 Remove them on the paper tissue. 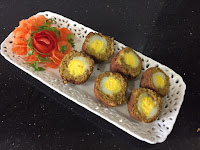 Slice the Nargisi kabab and garnish it on a serving platter. 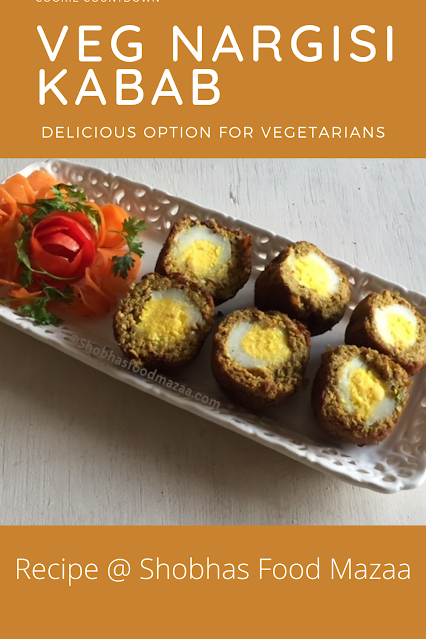 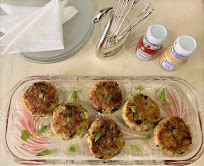 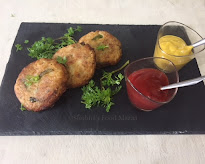 Walnut Cutlets
Posted by Shobha at 5:07 AM