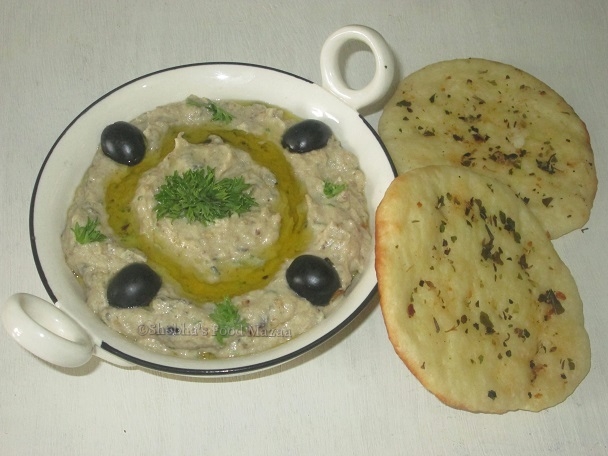 This is a variation of Baba Ganoush, a traditional Middle Eastern dip which is made by grilling the egg plant on direct flame, charcoal or grill, while this method is quicker using the pressure cooker. Here we have browned the sliced eggplant in the base of the cooker. When you make this version you will see how simple it is and the taste is very much the same. 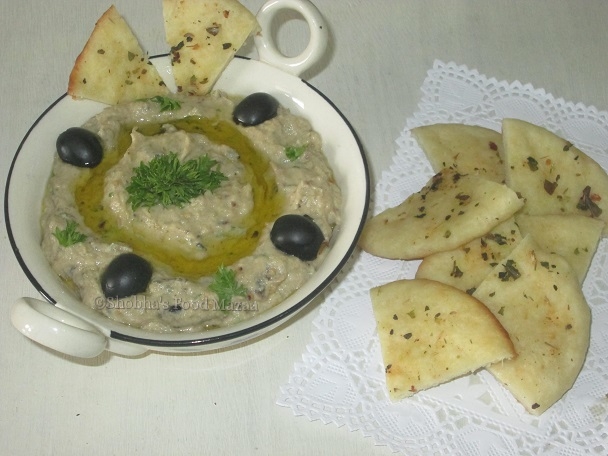 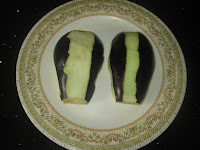 1. Wash the eggplant and peel in alternative strips, keeping some for colour. Slice them lengthwise into two. 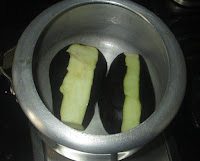 2. In a pressure cooker pour olive oil and place the eggplant face downwards and allow it to roast on low flame for few minutes. 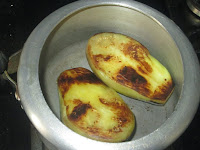 3. Now flip over the eggplant. 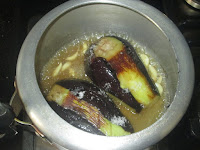 4. Throw in the garlic cloves, add a little salt and water to cook it. Close the lid of the cooker. After one whistle when the pressure builds up, reduce the flame and continue to cook for 2-3 minutes. 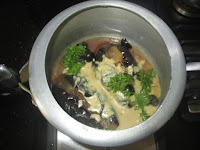 5. Let out the steam and open the cooker Add the tahini, parsley, lemon juice and olives. Mix and check the salt. 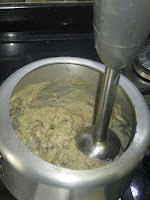 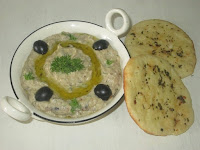 8. Remove the dip in a serving bowl and garnish with olive oil, sliced olives and a sprig of parsley.
Serve with pita bread. 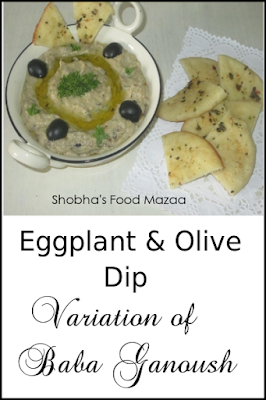 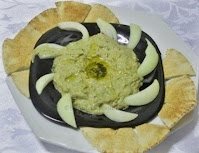 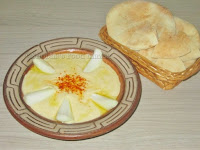 Hummus
Posted by Shobha at 7:19 AM