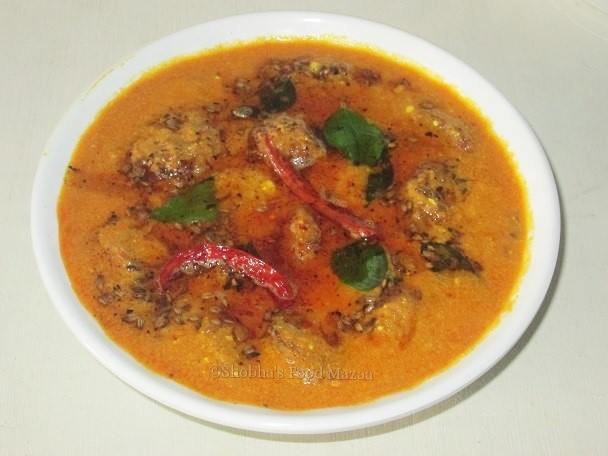 Gatte ki sabzi is a very popular Rajasthani dish which is made with gram flour, yogurt and spices. This is a variation of the same, that I have made for an event. The theme is oats and fruits. I have used oatmeal and grated apple to make the dumplings with a spoonful of gram flour for binding.
Here is the recipe... 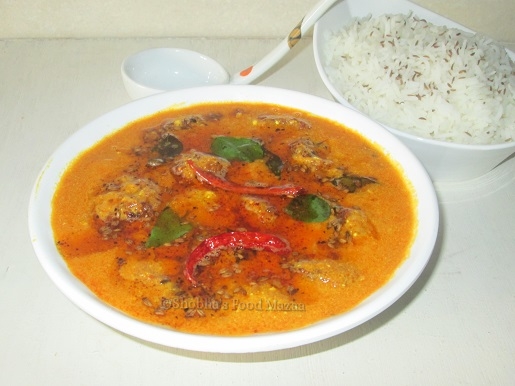 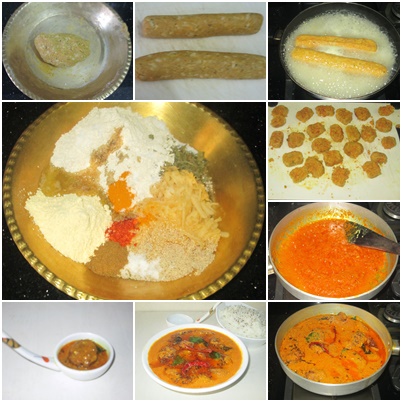 Method:
1. Combine the oatmeal, besan, grated apple, kasoori methi, turmeric powder, red chilli powder and salt. Mix together to make a firm dough. The juice from the grated apple is sufficient for binding. Add a spoonful of water if needed.
2. Divide the dough and roll out 2 logs of about one inch thickness.
3. Heat water in a pan and boil the besan rolls until they are firm (about 7-8 mins) Reserve this water for later use in the gravy.
4. Remove the rolls after they cool down. Slice them into small pieces.
5. Grind the onion, tomatoes, ginger, garlic and green chillies.
6. Now to make the gravy, heat mustard oil and saute the ground paste until the oil is separated, adding the garam masala, salt and turmeric powder. Take the leftover water from boiling the gaata, blend yogurt in it and whisk it. Add this to the pan and simmer for a minute taking care the yogurt doesn't curdle.
7. Tip in the steamed gattas into the gravy.
8. Heat the ghee for in a small pan and add the tempering ingredients except the red chilli powder.
9. When they crackle, switch off the gas and allow it to cool a little. Now tip in the red chilli powder and immediately pour it on the gravy. This gives a nice colour.
10. Serve hot with plain rice or rotis. 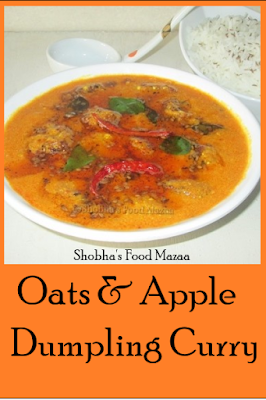 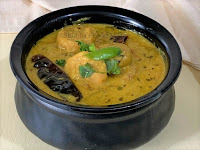 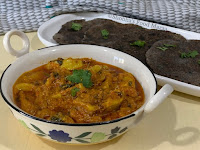 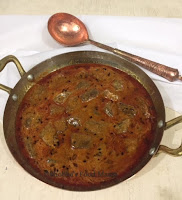 Aloe Vera Curry
Posted by Shobha at 5:17 AM